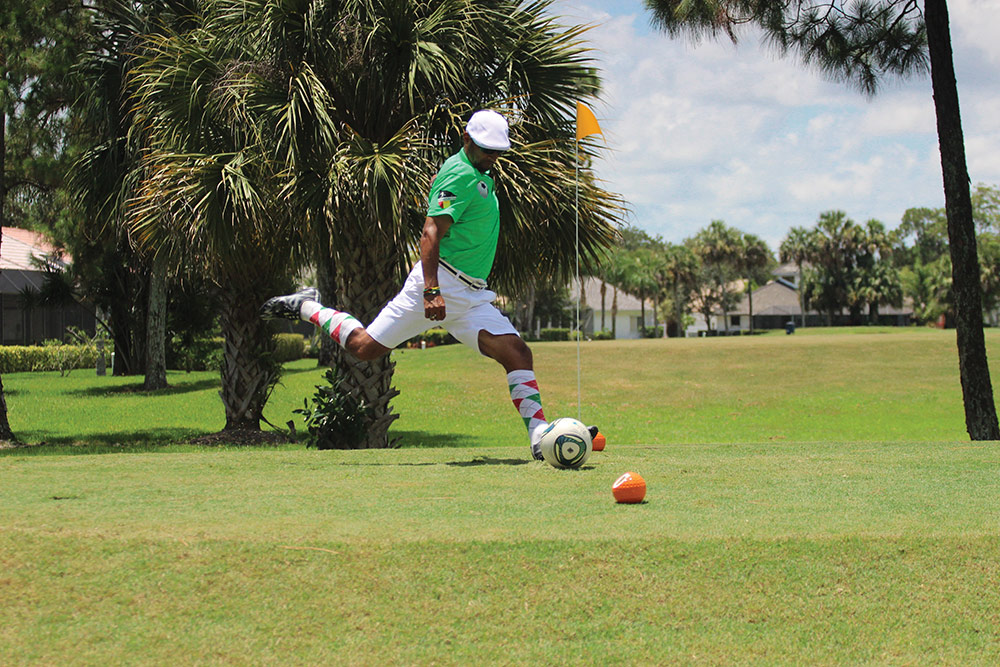 In 1929, Chicago doctor William Edward Code invented codeball. Codeball was a game that was played by kicking a 6” rubber ball from a marked off kickoff area on a fairway, usually consisting of 14 bowls, then kicking the ball again after it came to rest, until the ball was sunk. Similar to golf, the goal of codeball was to reach the bowl using the fewest number of kicks.

Variations of the game were being played in European countries throughout the 80’s and 90’s, until 2008, when a former Dutch footballer recalled his years in a British soccer club, and mentioned to his brother and colleague his team members’ habit of kicking the ball back to the locker room in the least amount of kicks as a form of post-practice competition. At that moment in the Netherlands, using the basic rules of golf and a real #5 soccer ball, the concept of FootGolf came to life.

From parks to golf courses, FootGolf quickly spread across Europe and in to Argentina. And on one fateful day of channel surfing in his Palm Springs condo in 2011, Roberto Balestrini came across a tv show featuring a soccer player kicking a soccer ball on a golf course. His mind was blown, and history was made. Mr. Balestrini, would go on to be the founder of the American FootGolf League, and in July 2015, was selected by the prestigious Golf Inc. magazine as one of the ten most innovative people in golf.

Standard Golf is a proud partner of the American FootGolf League, bringing the best FootGolf equipment to AFGL courses around the world.