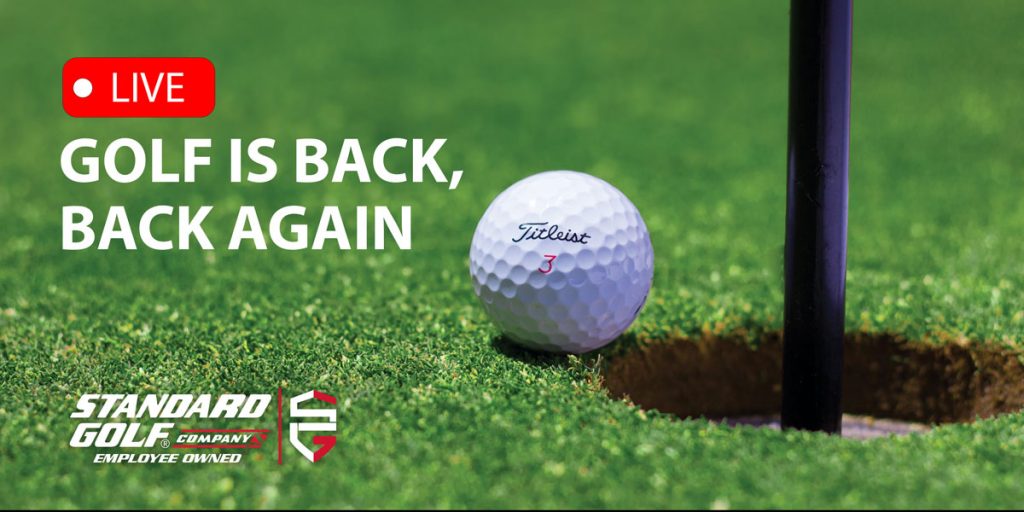 Golf is Back, Back Again

The PGA Tour is planning on being back in the swing of things (I couldn’t resist) June 11 – 14 at the Charles Schwab Challenge in Forth Worth, TX at Colonial Country Club. It’s been a long hiatus since the Arnold Palmer Invitational at Bay Hill back in March, and for those of us itching to see some live golf, some of the world’s best golfers have teamed up for 2 charity events.

All four players were a little rusty at times, and very good at times as well. For me, it was fun to see live golf and to see these Tour Pros carry their own clubs and to be comfortable wearing shorts. In short, these players were #JustLikeUs. It was fun, competitive and came down to the wire.

It all comes down to this.

The teams had over $1 million dollars of skins available on the 18th hole in what was a winner take all at that point as Rickie and Matthew were holding on to a 7 – 5 skin lead. 18 halved and the pros took to a “closest to the pin” winner take all event – clearly made for TV and to end quickly.

The last swing of the day, fittingly, was for all the marbles and was taken by World #1, Rory McIlroy. Needing to beat Wolff to win 6 skins and the match, McIlroy barely inched in-front of Wolff for the victory.

Tiger vs Phil – The Rematch

Two years ago Tiger Woods and Phil Mickelson played a great match for $9 Million in Las Vegas. This time they team up with future NFL Hall of Famers Tom Brady and Peyton Manning for a charity event.

With 2 golfers and 2 NFL-ers we may not see great golf from all 4 as we did this past weekend, but we are sure going to be in for an entertainment treat. It’s no secret that Mickelson and Brady (partners in this event) like to talk some trash. You know Tiger and Peyton are just wanting to dish out their own as well. Now add in this interview with 4 players from a few weeks ago, and you can start to the the feeling of how Sunday is going to play out.

Now that our appetite is set, we will have to wait a few weeks to see more live golf – and competitive golf at the Charles Schwab Challenge. It’s great to see golf being played competitively and back on TV as it all starts to help us move back toward life as it was before the Tour was suspended in March.

The Tour hopes to have a rather full schedule with 3 of the 4 Majors still to be played (The Open Championship has cancelled). However it will not be until the John Deere Classic, July 9 – 12 that fans will be allowed to follow the top players.

Golf back in all 50 States

As we have been able to watch some live golf, it is also great to know that all 50 States have allowed golf to open. European courses are also starting to open as well. Though golf is being played in different formats around the globe, it’s nice to see the sport open, being played and enjoyed by so many.

Don’t forget, Standard Golf has manufactured many “No Touch” golf products to help your course allow players while continuing to practice social distancing.