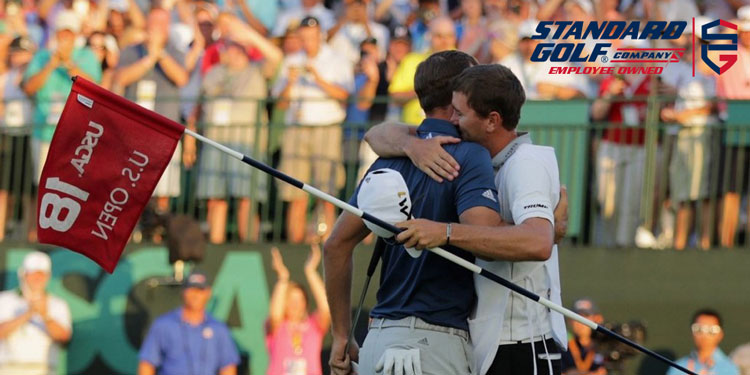 As we approach Father’s Day weekend we know that the USGA’s National Championship is ready to tee off! The 119th U.S. Open will be held June 10 – 16, 2019 at Pebble Beach Golf Links in Pebble Beach, California. Pebble Beach is a great venue for this Championship. One thing that seems unique, perhaps only to this year, is that the PGA Tour has already played at Pebble this year. The AT&T Pebble Beach Pro-Am which was won by Phil Mickelson at this venue back in February with his 3 shot victory over Paul Casey.

Brooks vs the Field

Will “Lefty” be able to go back to back at Pebble this year? Will he complete the career Grand Slam? Or perhaps Rory McIlroy, winner of last weeks’ RBC Canadian Open, will be able to carry the torch? My guess, is that Phil will finish 2nd (doesn’t he always at the U.S. Open?) to one of three players: Rory, Tiger or Brooks. Rory is playing hot right now. Winning last week by 7 strokes with a -22! Brooks, seems to show up in the majors as of late (he’s won 4 of the last 8 he’s entered and has won back to back U.S. Opens). Tiger – well call me an old sentimental sap that is still believing his 2019 Masters Championship was the precursor for more to come – will also have something to prove after his disappointing performance at the PGA Championship last month in New York. In addition to all of the famous names in the field this week, there will be 15 amateurs teeing up this week as well. How many make the weekend?

A very special evening for the amateur players in the field of the 119th #USOpen. pic.twitter.com/AtL3QA7RSo

No paycheck for any of these 15 if they make the cut this weekend.

How tricked out will the course be?

In years past the USGA has loved making the golf courses hosting the U.S. Open very difficult. To the point on many where the agronomy team at the course, has no say. Just ask Shinnecock Hills Superintendent John Jennings about the 2018 U.S. Open and how the course was laid out. I’m sure he’ll let you know that it was not his first choice for the set-up. Fast forward now to this year. Now it is Chris Dalhammer and his team’s responsibility to act out the instructions from the USGA. Add in the wind, and weather on the Monterey Peninsula and anything could happen.

My guess, we’ll see a few holes and pin placements that will be head shakers. But I am very confident we won’t see Mickelson chasing after his putt and hitting it before the ball comes to a stop as he did at Shinnecock Hills.

The real stars are the accessories

You know I couldn’t go a full article without talking about the golf course accessories. As the U.S. Open is not a PGA Tour event, the rules are a tad different. For one, a tapered flagstick is allowed. So the question: how many pros (aka Bryson DeChambeau) will putt with the flagstick in the cup? I suspect if it’s windy, and the stick is leaning away from the player, we’ll see more players utilizing the rule to keep a flagstick in the cup. But the next star will be those flags. Ah, tough beautiful dark red, heavy weave 400-denier polyester flags with white neon poly thread will be a thing of beauty to see flapping in the breeze at the Pebble. Since 1986, Standard Golf has been lucky enough to manufacture the flags at the U.S. Open. A string of over 30 straight. Interesting fact: it takes a wind speed of 7 to 10 miles per hour to get a 400 denier flag to wave. So as you watch at home, you’ll have a good idea as to the wind speed at Pebble Beach this week.